Aloha All, Up to now, my Blog has pretty much been about all things Hawaii, but I would like to share this video with you all, because, well, it's awesome! The band is called Fat Freddy's Drop. They are out of New Zealand, and they have a really unique sound - very inspiring music. Enjoy! Warren
Posted by Native Guide Hawaii at Monday, April 19, 2010 No comments: Links to this post 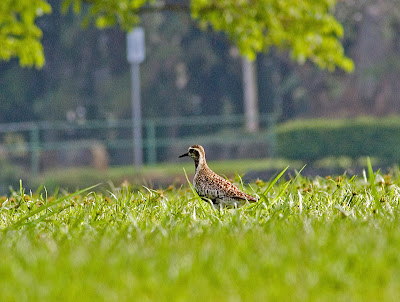 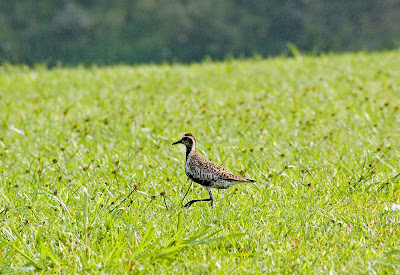 The Pacific Golden Plover, or Kolea, (Pluvialis fulva), is a migratory shorebird that arrives here in Hawaii sometime in August, then returns to its breeding grounds on the Alaskan, or Siberian tundra in late April.
The migration of the Kolea is most dramatic; a distance of about 3,000 miles in 50 or 60 hours! The Kolea fly at an elevation of about 20,000 feet probably navigating by the sun and stars.
A Hawaiian poetical saying states; Ai no ke kolea a momona hoi i Kahiki. The plover eats until fat, then returns to the land in which it came. This was said of foreigners who came to Hawaii, made money, then departed to their homeland to enjoy their wealth. Unlike greedy foreigners, however, the Kolea returns after its breeding season with gifts of seeds and spores stuck to its feathers and in its digestive track. These seeds are then sown here in Hawaii to evolve into unique Hawaiian species.
Photos: Warren Costa
Posted by Native Guide Hawaii at Sunday, April 11, 2010 No comments: Links to this post 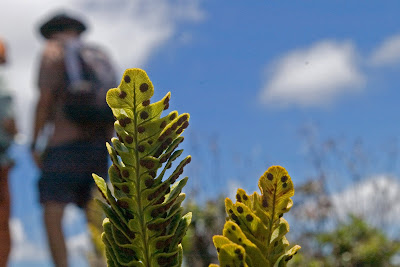 Ae, or Polypodium pellucidum is an endemic fern of Hawaii. Ae is an early colonizer of lava fields, and is often found growing with Ohia, Metrosideros polymorpha, and Ohelo, Vaccinium reticulatum.
Photo: Warren Costa
Posted by Native Guide Hawaii at Sunday, April 04, 2010 1 comment: Links to this post