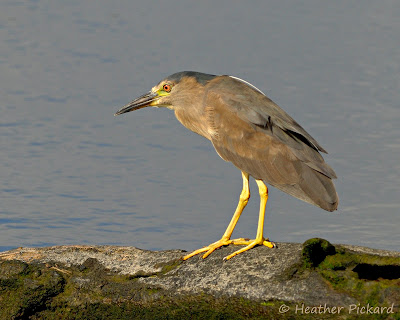 The Black - crowned Night - Heron, or 'Auku'u is an indigenous waterbird of Hawaii. Unlike it's continental relatives, the Hawaii 'Auku'u is diurnal, that is, it comes out during the day. The 'Auku'u is often seen foraging, or waiting patiently to ambush prey in shallow wetlands.
The image of the 'Auku'u, seen above, was captured by Heather Pickard, during a recent outing with me on my Hilo Birdwatching Adventure.
Posted by Native Guide Hawaii at Thursday, March 25, 2010 1 comment: Links to this post 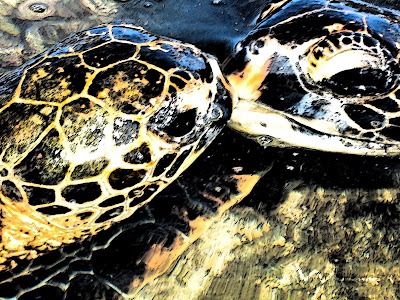 Posted by Native Guide Hawaii at Monday, March 22, 2010 No comments: Links to this post 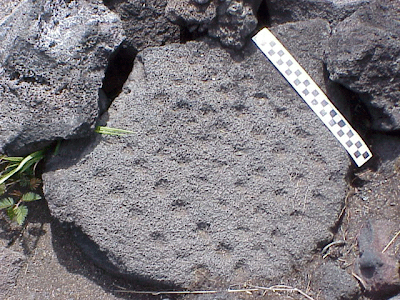 Posted by Native Guide Hawaii at Monday, March 15, 2010 No comments: Links to this post

The Legend of Hina and Mo'o Kuna. Conclusion.

Aloha Friends, here is the exciting conclusion of the Legend of Hina and Mo'o Kuna. 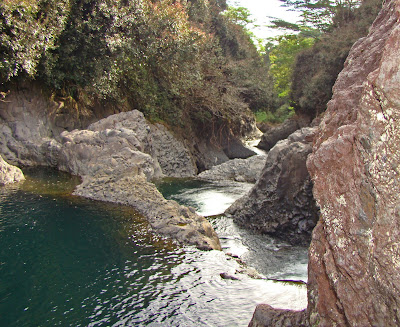 Wasting no time, Mo'o Kuna headed down the stream with Maui in hot pursuit. Often, the dragon tried to hide himself in some sheltered caves and rocks, but Maui gave him no rest. He speared him out of every cave that he entered. Soon, he dived into some of the deep pools in the river. Mo'o Kuna hoped that he at last was safely hidden. Maui was not to be thus easily fooled. He could see the ugly body far below the surface of the gloomy water. Mo'o Kuna was cornered.
High above the pool, Maui stood with his face lifted upwards toward Halemaumau. He called upon the goddess Pele to send him hot stones and molten lava. Pele heard him. She sent fiery rocks down the stream. Maui cast these into Kuna's retreat. It sent a huge column of steam far above the rim of the gorge, and also caused other nearby pools to boil. These are the Boiling Pots of today. They are sometimes found bubbling, especially when it rains. 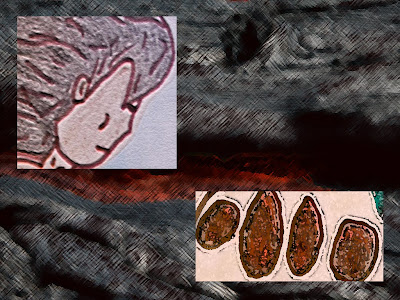 Because Mo'o Kuna's body was covered with a tough hide, he somehow managed to crawl and drag himself out of the boiling pool. The monster was nearly exhausted, but didn't stop his flight. With a horrible shriek, he once again made his escape. Maui sent torrents of boiling water after him, scalding at last the life from his ugly body.
Then Maui, proud of his work, rolled the huge carcass down the river to a point below Rainbow Falls, within sight of his mother's home. And there the form of the dragon lies to this day, a long, black, rock island known as Mo'o Kuna. Every freshet, every heavy rain beats upon it as an everlasting punishment for plotting the death of Hawaii's goddess, Hina. 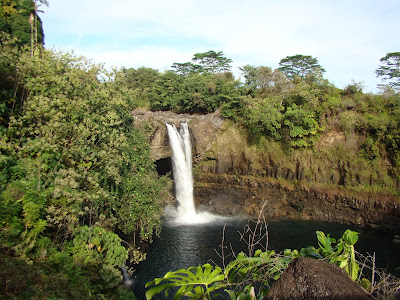 Story originally edited by Eliza K. Osorio. Photography and artwork by Warren Costa
To visit the places mentioned in this story, take a tour with Native Guide Hawaii.
Posted by Native Guide Hawaii at Sunday, March 14, 2010 No comments: Links to this post

The Legend of Hina and Mo'o Kuna. Part 2.

Aloha friends, last time in our story, the evil dragon, Mo'o Kuna, was up to his wicked ways. He threw a boulder into the Wailuku river, stopping the flow of water, and causing the waters to rise, and threaten the life of the goddess Hina, whom was fast asleep in her cozy cave behind the waters of the Rainbow Falls. We continue now with the Legend of Hina and Mo'o Kuna... 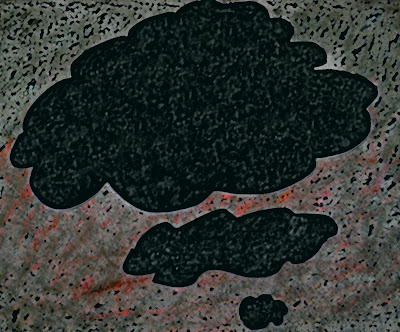 Through the darkness, Maui could see the warning cloud. With his Mother's cries ringing in his ears, he dashed to the seashore. He got into his canoe and with two sweeps of his magic paddle, he landed at the mouth of the Wailuku River. Today, we may see a long, narrow rock at the foot of the rapids, below the Mauka Bridge, where he grounded his canoe. This spot is called, "Ka Waa o Maui". 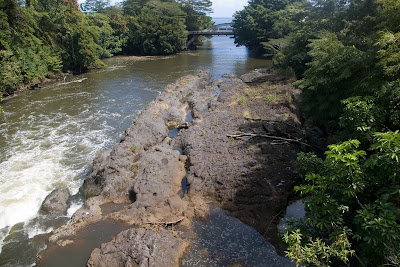 Seizing his magic club, he rushed to the scene of danger. He was greatly startled when he saw what had happened. The mouth of the Wailuku River was dry. Far ahead, the water was rising furiously. The could hear the shrill voices, calling for help. Maui wasted no time. He knew that his Mother was in great distress. With one long stride he approached the boulder. Heated with anger, he struck the rock. It broke in two with a thundering roar. The water rushed out. Hina and her friends were saved. 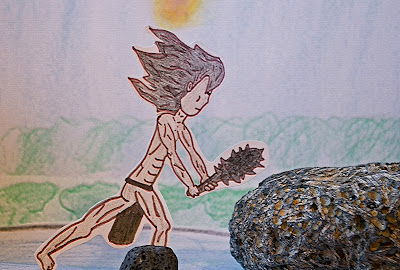 When Mo'o Kuna heard the crash made by Maui's club, he realized that his attempt upon the life of Hina had again failed. So, he fled to one of his hiding places up the river. He knew how great had been his folly and he trembled at the thought of capture by the demi - god, Maui.
After Maui had greeted his mother and left her safely in a new cave, he began his hunt for Mo'o Kuna, the dragon. He vowed that he would never rest until he had killed him. Since Maui was a demi - god, he sensed the dragon's whereabouts. So, putting his strength together again, he started his search.
Mo'o Kuna did not wait long in his lair, before he heard Maui's thundering command to come out. The earth shook with the heavy steps of Maui approaching. The nearby plants withered as he passed. Maui found the ugly monsters cave. He gave a deafening yell, poised his magic spear, and with one sweep of his mighty arm, hurled it into the depths of Mo'o Kuna's hiding place. The dragon was sly. He slipped out in time to save himself.
Even today, you can see the long hole, "Puka o Maui", which the demi - god's spear made through the lava. The present water intake of the city of Hilo is at this spot.
Next time; the fate of Mo'o Kuna!
Photo and drawing: Warren Costa. Maui drawing by Sierra Washburn.
Posted by Native Guide Hawaii at Sunday, March 07, 2010 No comments: Links to this post